On 10 May 2021 Alfons van Gulick, CEO of Nedspice, was appointed as Honorary Consul of Vietnam to the Netherlands. During a ceremony at the Embassy of Vietnam in The Haque on 10 June 2021 he was handed the official decision by His Excellency Ambassador Mr. Phan Viet Anh.

Asked for his comment, Alfons van Gulick said “It is a great honor to be asked to contribute to the promotion and enhancement of the friendship and cooperation between Vietnam and the Netherlands and to support the Vietnamese community in the Netherlands.”

Alfons van Gulick served as Chairman of the Netherlands-Vietnam Chamber of Commerce between 2002 and 2012. During this and subsequent period he was involved in promoting trade and investment relationship between the Netherlands and Vietnam. He visited Vietnam the first time in 1996 and has been an investor in Vietnam since 1998. 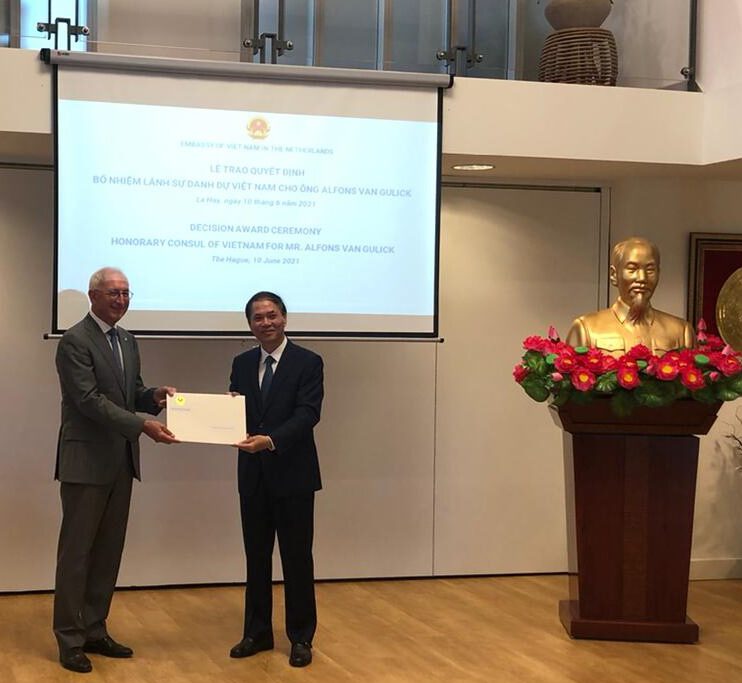